This could be the most important article you ever read?

Nutrient Enriched Foods VS Organic Certified Foods
Believe it or not:  There is a Big Difference

“Organic Certified” does not mean or guarantee a mineral enriched food product; therefore, people must still supplement their diets with a comprehensive and quality nutrient mineral product such as Pristine™ Trace minerals & Elements”.  However, since Pristine™ Trace minerals & Elements are in every MicroSoil® Life Enriching Agriculture Product we manufacture, when used to help fertilize soils these minerals and elements are assimilated up into the food crops, which result in a much higher concentrations of nutrients and better tasting and favorable fruit or vegetable

The trace mineral and element content in our foods varies tremendously from location to location, farm to farm and from those grown in the past compared to today.

About sixty years ago, a Rutgers University professor studied the mineral content of certain vegetables and found a tremendous range of difference from one sample to another. 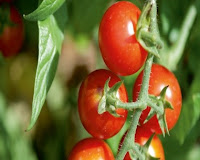 Some tomatoes had 2,000 times more iron in them than others.  The difference was the soil where these tomatoes were grown.  Vegetables absorb the numerous available elements and trace minerals, which are present in healthy growing mediums. When grown in conditions where soils have high organic matter with a balanced macronutrient and micronutrient content, crop Brix and nutrient values are much higher and healthier.  However, plants themselves really do not need all of the elements to grow, they still may look good, but they can be very deficient in nutritional value.

A Summary of the United States document #264 of the 74th Congress, 2nd Session, states the laboratory tests prove that U.S. farm and range soils are depleted of minerals and grains, fruits, vegetables, nuts, and even milk are not what they were a few generations ago The document states that people who ate these foods develop mineral deficiency diseases that can be corrected only by including mineral supplements 'in their diets. It also states that 99% of the population was deficient in minerals at the time of the report. This senate document was published by the U.S. Congress in 1936, almost 80 years ago!  Demineralization of the soil and mineral deficiency in humans and animals have escalated to such a degree that they may have catastrophic effects on our ability to survive as a healthy and vibrant civilization. 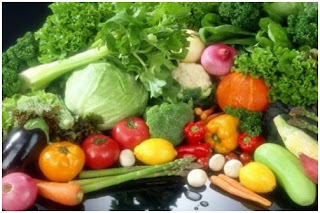 Any soil used to grow any crop for more than about five to ten years has lost many important trace minerals originally in the soil.  It is 100% impossible for synthetic chemical fertilizers to replaced trace minerals and elements routinely utilized by the plants generating crops. Why use fertilizers?   Farm managers discovered that plants will and do grow without having to be concerned with all the micronutrients and trace elements, and just by using chemical fertilizers which generally consist of just (NPK) Calcium, Magnesium, and Sulphur, they still can grow large and profitable crops, however their nutrient values are very low and are totally inadequate to maintain proper soil health, let alone be healthy for human and animal consumption.

Chemists originally believed that the plant did not need all of the trace materials and elements, and that they were just a waste of time, money, and effort to reincorporate them back into the soils to replace those taken out by the earlier crops.  Today, we know better, as researchers are now realizing that all trace mineral and elements are critical and many even claim that every disease can be traced directly back to the deficiency of a specific trace mineral and/or element.


The very best foods you are able to buy today, which may be grown under the "finest" organic conditions, simply do not have most of the vital trace minerals and elements that were so prevalent just 100 years ago. 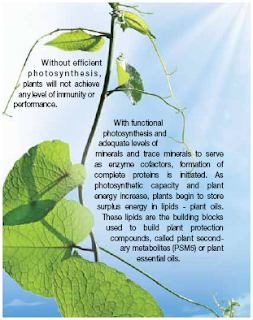 Many of today’s organically grown fruits and vegetables are mineral deficient.

Please always remember, that most fresh tomatoes or any other fruit or vegetable being sold in our grocery stores, is primarily fed a consistent diet of commercial synthetic chemical fertilizers, which consist of about five or six nutrients.  This is the bare minimum needed to just to grow the trees and plants, but not the 90 or so trace minerals and elements necessary to properly nourish human, animal and plant cells!  Simply stated, nutrient poor soils result in diseased and unhealthy plant, animal and human cells.

Organic Certified Foods are GOOD, however, they are not the BEST without:

Perfectly balanced by nature in a super enriched pristine environment,
suspended in time and undisturbed for over 30 Million Years.

Natures prerequisite for health OF ALL LIVING THINGS

“The building blocks of life for the soils, plants, humans and our animal friends.”

Why Pristine™ Trace Minerals & Elements are unsurpassed as a mineral and element supplement?   It has been estimated that our shale is most likely Lower Oligocene (28 to 34 million years old).  There are three formations which represent a sequence of advances and retreats of the sea that created new shorelines.  It is along one of these ancient shorelines that rare deposits of humic shale, abundantly rich in minerals, trace elements and fulvic acids occur. Our trace mineral concentrations are higher in land/sea deposits and the ratios of one element to another are more balanced.   This is one of the primary reasons why Pristine™ Trace Minerals & Elements are so unique.

Pristine™ Trace Minerals & Elements are processed by using  only fresh water as a leaching agent, producing over 74 trace minerals and element concentrations in excess of 250,000 mg/1 or 25% total dissolved solids.  These concentrations are only possible due to the rare and unique nature of our humic shale.  The smaller the colloidal particles, in humic shale, the greater are the concentration of trace minerals and elements in the final product.  The smaller the colloids, the greater are the electrical potential and surface area available for the interaction with water.  Also, known as, a hydrophilic mineral.  By leaching humic shale with low temperature water it becomes possible to reactivate fulvic acid fractions and disperse the ionic and colloidal minerals in the resulting liquid.  It is the fulvic acid that helps maintain the electrical charge so vital to the health of living cells.

Please feel free to leave your comments we would love to hear from you. Thanks Karren